Robert, a Fellow of the Chartered Institute of Logistics & Transport, is a business and management consultant specialising in political advocacy, transport and change management issues. 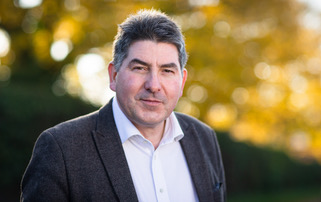 Robert was a Member of Parliament for twelve years until June 2017 and since then has run his own consultancy business alongside being the Director General of the trade body AMPS and running the charitable Oulton Abbey estate in Staffordshire.

In Parliament Robert was a Shadow Justice Minister and during the last Labour government was the Parliamentary Private Secretary to three Secretaries of State. As well as founding the All-Party Parliamentary Freight Transport Group, he was an elected member of the Transport Select Committee. In addition, Robert was a member of the Speaker’s Panel of Committee Chairs, chairing secondary legislation committees and debates.

Robert was the Parliamentary delegate to HM Treasury Financial Reporting Advisory Board and a member of the House of Commons Finance and Services Commission. He is also a Fellow of the Industry and Parliament Trust.

He has spoken at numerous conferences and events on a wide variety of issues, has contributed many articles in both the general and specialist media, and has extensive experience of appearing on TV and radio.

After graduating with an honours degree in Chemistry, Robert worked for the Inland Revenue. He went on to work for Price Waterhouse and Arthur Andersen before co-founding a tax and finance company. He also served as a city councillor on Birmingham City Council.