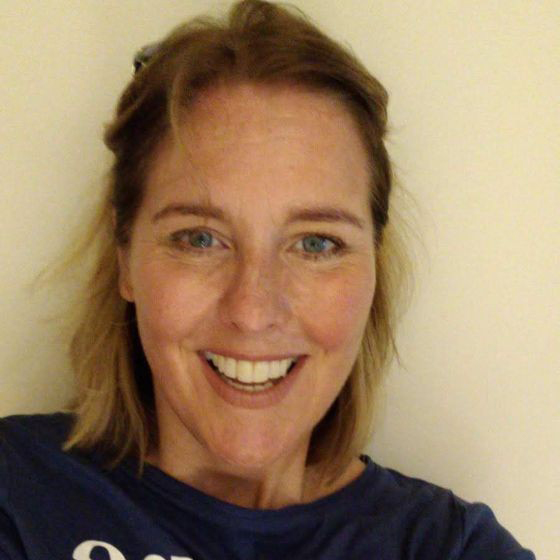 What is/are your area(s) of expertise?

I focus on trust fundraising but also work with major donors and in managing capital appeals.  Over the past 10 years I have gravitated towards causes that I feel most strongly about: children and young people, disability and homelessness or financial deprivation/vulnerable people.

Obviously poverty is not exclusive to our region (the North West) but some groups have certainly been hit badly in the last year. I and many of my fundraising colleagues who are North West based have noticed an increase in the amount of requests for support from local charities that help families who are struggling financially. There has been a huge increase in foodbank usage – over 252,000 people in the North West last year – the third highest in the UK.

Recent reports have shown that almost a quarter of children in the North West are now living in poverty, which is a pretty shocking statistic. Having said all of that, there are areas of high wealth.  People in this region are known for their charitable giving and genuine kindness towards others. There was overwhelming support of Afghan refugees last year in Liverpool, for example, and 63% of the population in the North West regularly give to charity.

What roles have you held and for which organisations?

After graduating from university, I wrote for family and children’s magazines but then when I saw a job advertised at the NSPCC – they wanted someone with writing and organisational skills – I applied and got the job. I became an area manager there after a year and was in charge of organising events, working with corporates, running charity shops and supporting hundreds of brilliant volunteers. I loved it, but after eight years I felt it was time to move on. I now had good all-round experience but I was keen to specialise.

I moved to the University of Liverpool as a development manager and there I managed several capital appeals. The university was interesting as I got to work across the faculties, managing fantastic projects including a unique Liverpool Poet’s archive, £8.6m Gallery and Museum project and a £10m Equine Campaign. My role here included establishing a scholarship programme, stewarding major donors and developing and stewarding a network of charitable trust supporters.

Later, I worked for Action for Children in a national role, solely focused on charitable trust fundraising and stewarding. However, I had two children under 3 years by this time and I had a ‘now or never’ moment where I realised it was the ideal time to become self-employed.

What inspired you to work in the charity sector?

During the entirety of my life my fantastic Mum (sadly now passed away) and Dad, volunteered for all sorts of good causes. I used to join my Mum on her annual NSPCC house to house envelope collection for many years; she dog walked, helped at jumble sales and did sponsored walks and runs. Dad helped organise carol singing evenings, fundraise for a church centre and was treasurer of the local church group. I grew up in an environment that was all about helping others and being useful.

I have always loved creative writing and that certainly helped me get my first job in fundraising – I used to write all the local press releases and design posters and case studies. I also had a fantastic boss – Pauline Broomhead – who worked incredibly hard, juggling five hundred things at the same time yet always smiling and in control. She encouraged me (and my colleagues), she challenged me and gave me a lot of responsibility, but she also talked constantly about the people we were raising money for. That for me is the key – it’s not just about doing a ‘job’ – there is a lot of unfairness and inequality in our world and I feel strongly about it… I want to try to help make a difference to some people’s lives.

What attributes do you bring to your work?

I’m a detail person (though I’ve always admired colleagues who are ‘big picture’ people, who can manage a hundred things at once and still be planning more… that’s not me). I’m good at listening to people; so when I work with a new client, I like to meet the member of staff who actually works with the beneficiaries and, if possible, talk to the beneficiaries themselves. That way I get a full picture of a project, why it’s needed and the real difference it’s making.

What achievement are you most proud of?

A very recent client was a disability charity. I worked with the children’s manager at developing the ‘evidence of need’ for several of their projects, interviewing beneficiaries and collecting all the feedback. I applied to and was successful in several trust applications, including a Children in Need grant and a Big Lottery Reaching Communities grant, both for three years, which will enable them to expand their services to children and young people with disabilities.

What’s the most intriguing consultancy project you’ve worked on?

I don’t know whether this is ‘intriguing’ enough but I certainly found it very satisfying. I worked with a children’s health charity a month ago. They needed a complete review of their trust fundraising. It was brilliant looking over all their funders – past and present; reading over their applications and feedback and then advising them on where to focus their time and effort, where to spend less time and what areas would be worth developing. I’m basically really nosey and I love having a really thorough look over the fundraising history of a charity to see what areas they could develop.

I’m currently working with a church-based charity who provide a food bank, clothes bank and support families in poverty.  They have two volunteers, a married couple, who have been making soup and collecting excess food from supermarkets for 14 years and giving them out to homeless people on the streets of their local city on a Saturday night. They have only missed two nights over all those years. I think that’s pretty amazing!

What is the best piece of advice you’ve ever received?

“You never look forward to doing exercise but you always feel fantastic afterwards.” I was training for a charity run at the time. I try to apply that advice to my professional life as well – I think it translates for me that it’s always worth putting in more effort. I heard a woman on a podcast recently talk about being more effective and efficient. Her main piece of advice was to get up as soon as the alarm sounds in the morning, not to hit ‘snooze’. She said that by acting immediately, it sets the precedent for the day. You are meant to follow that by not dithering about other things: make the phone call to the prospective funder that you’re nervous about, arrange the meeting that you have to do a presentation at. In other words, act now, rather than ponder too much on things, as that will mean you achieve more. I’m trying to act on this advice…

And the best you’ve ever given?

Be kind to people – even those who make you grit your teeth. And ask people questions and show interest in them… two-way conversations are always the best.

Who have been your role models, past and present, and why? (3 max)

My brilliant Mum – always laughing, always reading, always caring or looking after someone.

Malala Yousifazi – having survived a threat to her life, she now campaigns around the world for female rights and female education. What a fantastic young woman!

J K Rowling – I like the fact that her stories are based around children building friendships and being brave. She worked hard as a single mother with little money and now donates a huge amount to charity.

What makes you laugh?

I love observational humour that I can relate to – TV comedies like Motherland and Catastrophe. I love nothing more than reading a funny novel – Caitlin Moran makes me laugh out loud. My Dad also has a dry, affectionate sense of humour that I love. Some of my best childhood memories are of my Dad reading me bedtime stories in funny voices and his ridiculous Dad jokes.

What makes you cry?

Seeing scenes of real poverty on the news/TV documentaries. I just find myself crying at the many injustices in the world – cruelty to children, domestic violence, sexism and racism. It’s very upsetting – but then it is so lovely to read and hear of people who strive to change these things.

And music – I love a good old sad song and lots of pieces of classical music. Music can be so moving. I also love old Bob Dylan songs – my parents were forever throwing parties when I was little. My sister and I used to lie in our beds, hearing laughter from downstairs as they and all their friends played Dylan, Fleetwood Mac and Abba. I cry but it’s with happiness at the memories.

What gets you out of bed in the morning?

My two children, both teens now, but still needing a lot of cajoling to get out of the door with all necessary school equipment! Also, a real desire to accomplish good things at work. I write a To Do list every morning and feel a sense of achievement as I tick things off. I try to do the more challenging ones first!

How do you relax?

I do a lot of yoga – at home and in classes. I like the strengthening and flexibility it gives to the body, but also I feel mentally calmer afterwards. Yoga helps me prioritise and put things into perspective. I often go out for a walk in the evening and, particularly now the evenings are lighter and warmer for longer, the sound of the birds and smell of the flowers really is very relaxing.

I want people to feel that I did the best that I could for them – that I was determined to raise as much money for their project or to write well and demonstrate clearly what a huge difference their charity or project was actually making to the people who needed them. I’d also like to be remembered for being happy and nice to people.