With broad experience having held a wide range of charity roles, Andrew mentors Trustees and is a Governance/Strategy consultant. 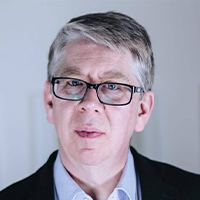 Andrew began his career as a Management Consultant for Blue Chip Companies such as American Express and British Airways, specialising in change and process improvement, before transitioning to the Charity Sector in 2003. Over the last 16 years, Andrew has developed a broad spectrum of experience in the voluntary sector having held the following roles as CEO, Trustee, Director, Governor, Fundraiser, Consultant and volunteer for local, regional and national charities.

Andrew has developed a specific skill set in Governance and Strategy and has recently consulted for charities such as the YMCA, Community Foundations and more locally based charities. He also mentors charity Trustees and CEOs and is particularly known for his engaging facilitation style and approach. In 2017 he was asked to join the Queen’s Award for Voluntary Service panel as a national assessor. Andrew is a member of the Chartered Institute of Fundraising and a fellow of the RSA.